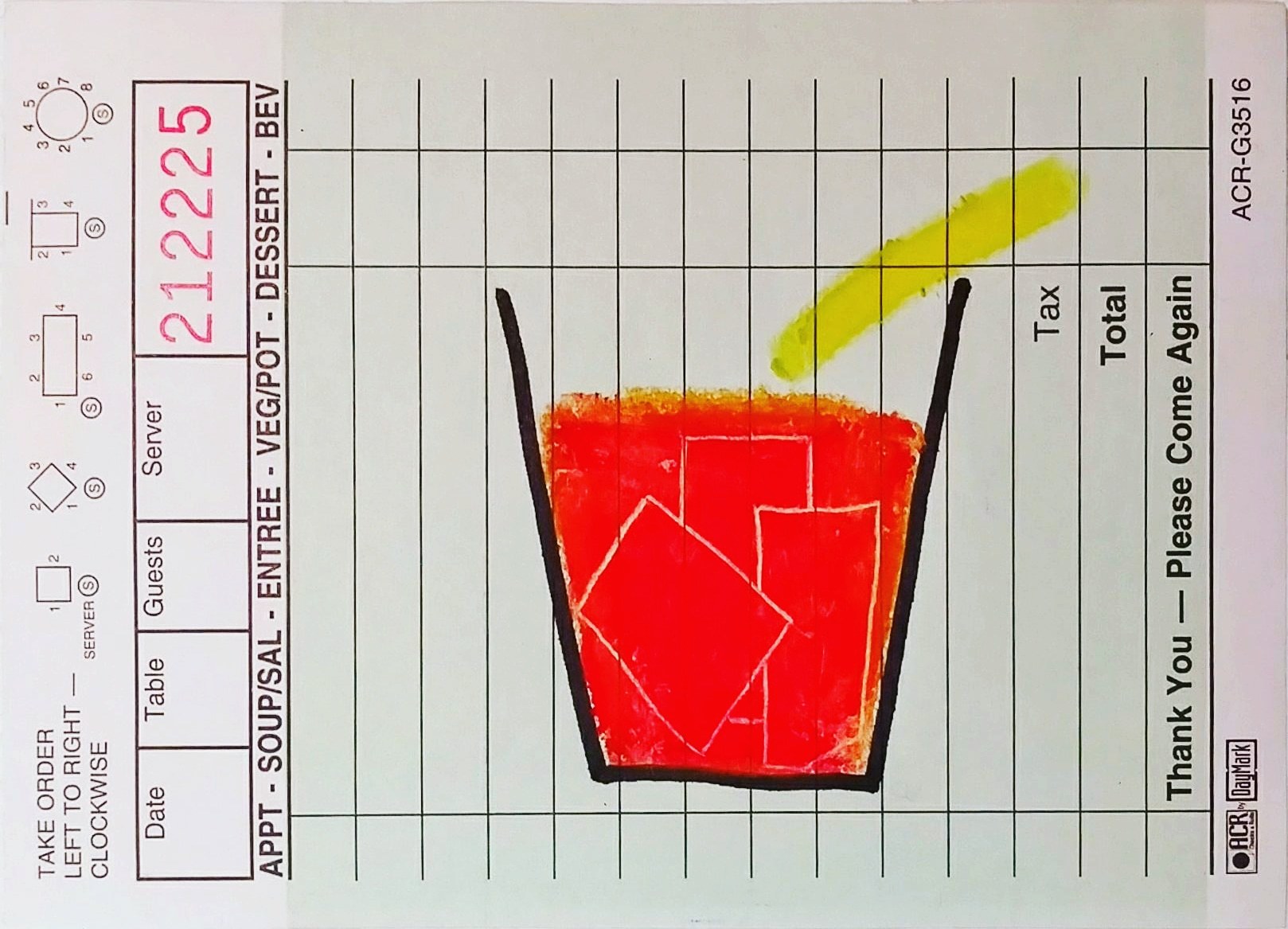 The old gas lamps reflected off the shiny brick streets due to the on and off rain. It always rained around this time of the year down here he thought. His leather soles echoed down the narrow streets in rhythmic staccato slaps. He had undertaken the futile task of tracking down the umbrella he started the night with but currently could not locate.

The French Quarter only takes up about a half square mile of land but it is always difficult to retrace one's steps after a few drinks. He was pretty sure he left the umbrella in a bar up by the park. Most people wouldn't bother but most people didn't have an umbrella this nice. At the moment neither did he.

The door of the bar was open. Most of the light bulbs had burnt out but the many lit candles kept up their end of the deal. He took a seat at the empty bar top. Before he could say anything the bartender set his lost umbrella down on the bar followed by a crisp white napkin. "Another?"

The bartender grabbed two bottles of bitters with one hand and dashed them both into a tall glass. Without looking he reached behind and grabbed a bottle of Cognac that sat out on the back bar. At the same time, he pulled a bottle of rye whiskey from the rail in front of him and added both to the glass without measuring. To that, he poured a touch of sweet vermouth and a splash of Benedictine. Lazy precision.

After a good stir with ice, a quick strain into an iced rocks glass, and a squeeze of lemon peel, the drink was ready. The Vieux Carré. It was a perfect drink for a rainy night in the Quarter. Boozy and deep. The lemon oil on the surface was there to remind you which way to go to come back up for air. New raindrops began to tap on the window. He thanked the bartender with a handshake and a damp twenty. He walked outside and opened his umbrella to keep the rain out of his eyes.