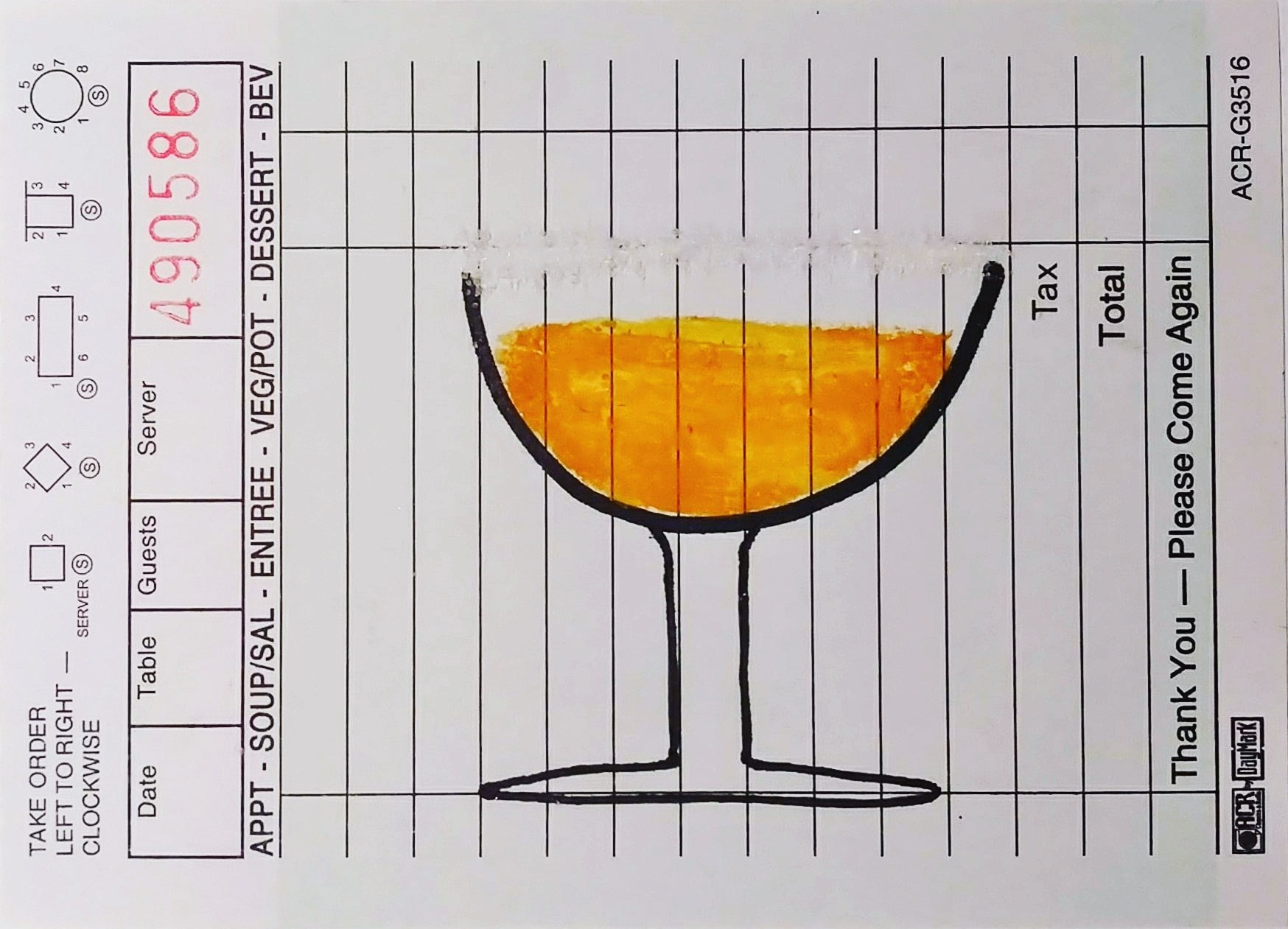 The sun was retiring earlier than it did yesterday. It was also the first day he had tied a scarf on before heading out. The leaves had a firm grip on their respective trees but they had begun to change into their more seasonally appropriate hues. Leaves are always so fashionable. In a few weeks, they would be crunching under his loafers when he made this walk to his favorite fall bar.

He was pretty sure it was a year ago when he last ordered a Sidecar. The bartender routinely pulled a chilled glass from the freezer. Rubbing a cut lemon around the top edge of the glass, he placed it rim down in a bowl of white sugar. This left a perfect line of crystallized sweetness around the lip of the glass that shimmered in the low light of the bar.

The bartender rinsed a cobbler shaker with a splash of Cointreau and poured it out without remorse. A wasteful secret. Into the aromatic tin, his steady hands poured a heavy dose of Cognac and a smaller measure of Cordon Rouge with a touch of lemon juice. Each crystal clear piece of ice was arranged inside the shaker one at a time.

After a forceful shake, the drink was strained into the glass from earlier and placed in front of him. From experience, he knew the drink would be out of balance. The only way to drink it was through the sugar. If done correctly the drink became fiercely delicious and perfectly in focus.

When he exhaled he could feel the brandy burning the back of his throat followed by the comforting bitterness of orange. He let out high notes of lemon through his nostrils. That single sip sent a wave of warmth all the way to his fingertips. A few crystals had wedged themselves in the corner of his mouth but the sticky pain was not great enough to dissuade him from another mouthful. He paid and set off towards home before the sun set completely.