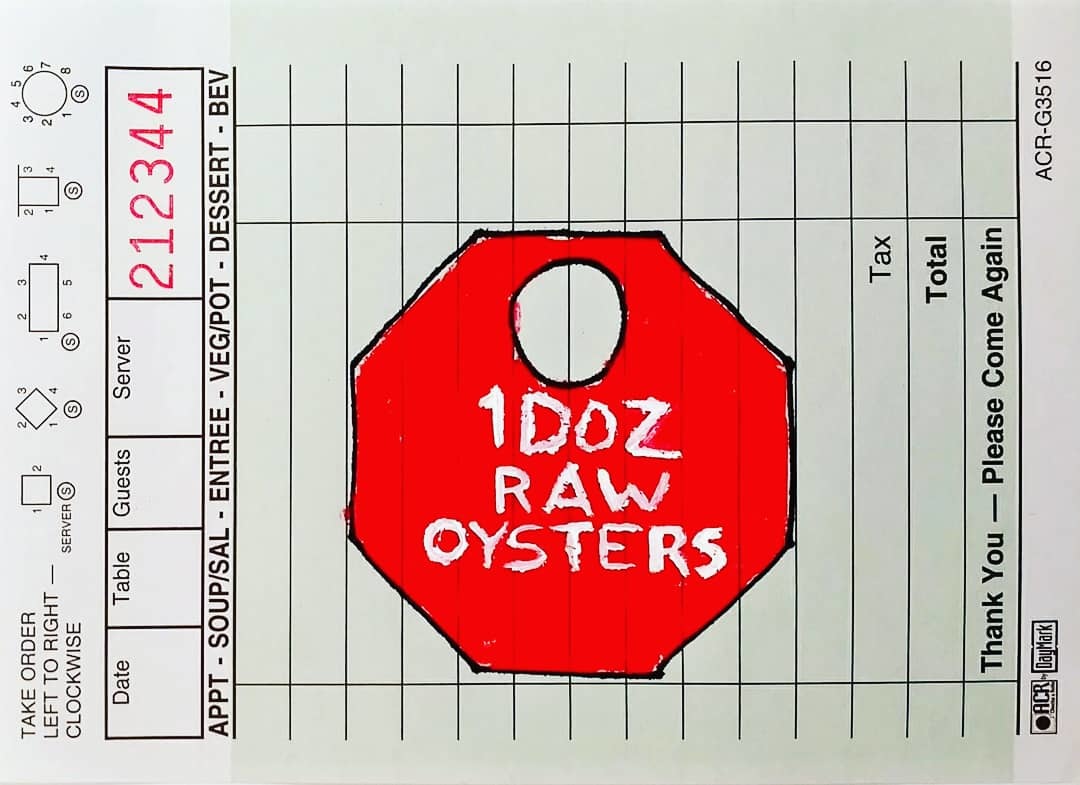 In red neon cursive "BAR" glowed in the afternoon shade. Before pushing the door open, he respectfully unrolled the sleeves of the striped blue Oxford down to his wrists concealing the faded lines inked into his skin. The humidity outside permitted a less formal approach, but the small brass sign on the door clearly stated: "Proper Attire Required." It was the best he could do on such short notice.

His eyes adjusted to the dark room and he was thankful for the conditioned air. A man was silently shucking oysters for a hungry couple at a small marble bar on his right. To his left, an older woman was behind an even older wooden bar stirring cocktails. He chuckled at the idea of having to choose between oysters or martinis and was glad that this wasn't a desert island situation-- he would be having both.

Sitting on one of the old stools he ordered a martini. She didn't ask how he wanted it aside from up or on the rocks. He could tell that she made more martinis in a month than he could drink in a year. When you meet someone like that, you should always let them make it their way. You might learn something.

In a patinaed metal tin, she splashed a few drops of dry vermouth and then reached for Bombay Dry, the clear bottle, a perfect choice for a warm afternoon like this. After adding a few scoops of ice, she stuck a long-handled spoon into the mixture and came back to ask how many oysters he wanted. A dozen to start seemed like the right call, and she went back to stirring the potent liquid.

She presented the finished drink in an old straight-sided cocktail glass with a small twist of lemon peel. Then she handed him a red chip with solid white letters that stated: "1 DOZ RAW OYSTERS" and on the other side: "PASCAL'S MANALE RESTAURANT N.O., LA." Martini and chip in hand he walked over to the marble bar to make twelve new friends.