The Crushed Ice was Fun to Pulverize Between his Teeth 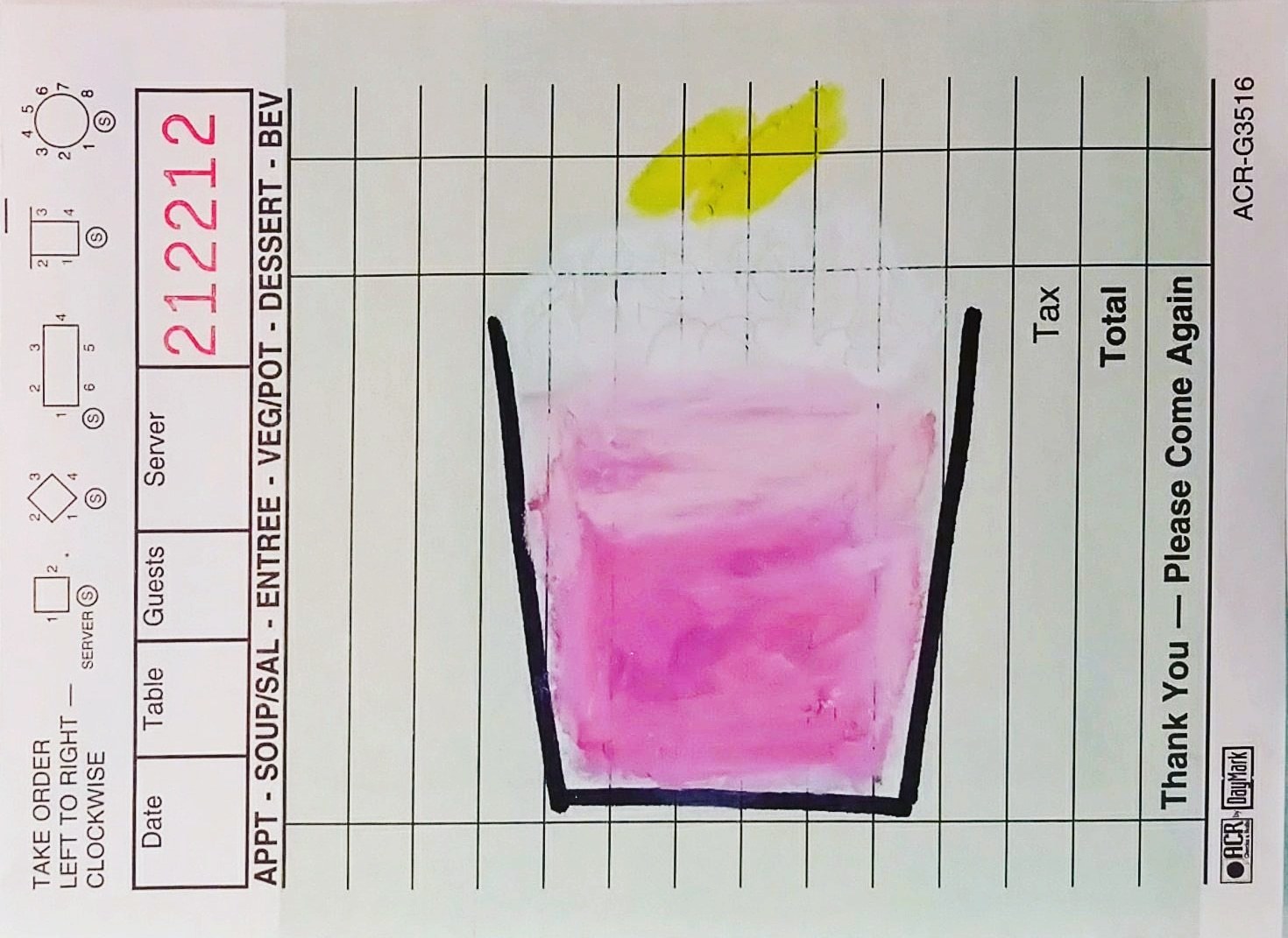 Leather soled wingtips were a bad choice for this graveled back patio. When he blindly agreed to dinner and drinks with an old friend he wasn't sure what to expect. On entering the place it felt more like a garage than a bar. His quick look over the counter didn't give him much hope of what was to come. His buddy went to grab their drinks.

The rules he had jotted down long ago in his mind forbade him from ordering a martini if the place had a slushy machine behind the bar. This was one of those places. His order was a deflated "I'll just have what you're having." At this point, he was in the hands of his friend and the tatted up bartender with the backward hat.

A group off to the side had an intense game of ping-pong in session but it seemed as if some of the rules were being bent. The guy serving took a huge gulp out of a bottle of cheap rosé and smacked the ball right into the net. Shame.

His friend came back with two reddish-purple drinks over crushed ice. They were apparently what this place was known for. The taste surprised him. Sour but balanced. For a warm fall evening like this one, it was perfect. He could taste blackberry without the syrupy weight it usually carried. The crushed ice was fun to pulverize between his teeth.

They chit-chatted and quietly trash talked the ping pong players and their bad form as the gin in the brambles settled in. He was surprised that this impostor snow cone of a drink was so tasty. So surprised in fact that when their drinks were finished he got up to get a second round of the same. If they stayed for a third it would surely be over a game of table tennis.